World Water Day is March 22, every year. This is a good year to pray water, every day.

Sometimes I think small round thoughts, like this one: How can I make a difference in the comfort of others?

June 12, 2009: A boy drinks water from a pond in Bule Duba village, near the edge of Oroma and Somali regions of Ethiopia(Irada Humbatova/Reuters)Sometimes I think small round thoughts, like this one: How can I make a difference in the comfort of others?

With that one thought, my little ripple of loving kindness is in tune with the world.

Sometimes I whisper small round prayers of love and gratitude to water, and water always hears.

When I pray water, it reminds me to be mindful how I use it. A distance lies between my intention and my action, but I am closing the gap –  shorter showers, an extra day in my clothes, fewer water extravagances.

How lucky am I, to have water at my fingertips. Be grateful and conserve, my heart tells me. Listen to your small round thoughts, it says.

Small round thoughts are precious drops of water to a thirsty heart.

On behalf of dog owners everywhere, I want to apologize for the feces-filled plastic bags  littering your digs.  I’m hoping you can put all those 2,000 year-old dog turds to good use.

If you are also a farmer, I’m betting that manure (or holy shit as some of us like to call it) has been reassigned its rightful place as a natural resource.

Thanks for all you’re doing to restore the planet we fucked up. Here’s wishing you continued success in your work!

ps – Dear Person Who Left Their Poo Bag By a Tree: your karma is making your dog nervous.

This post is dedicated with deep love to the human beings who, like me, yearn to fly while learning to remain grounded. May humor tickle our hearts and grace rule our judgments. Simple work is never easy. The healing masterclass continues.  Much love and respect to all my shaman friends. You know who you are. PLB

10 Ways to Know For Sure You’re Not a Shaman

1. If you’ve ever used the word “shaman” to describe yourself, you’re probably not one.

I am not a shaman, I am God

2. You haven’t suffered through a shamanic initiation of pain, hardship, or terror.

3. The terror you feel during shamanic initiation is caused by your lack of preparation for what it takes to become a shaman. No magic in that.

4. Hanging out in a sweat lodge with a group of middle-aged, overweight white people while unknowingly inhaling poison ivy smoke obligates you to tell your story and save others from living through the pain of that dumb mistake, but it doesn’t make you a shaman.

5. You have bought and paid for an arduous spiritual journey requiring intense physical stress and emotional peril, but you’re not at the peak of health and there’s a good chance you may die. You’re going anyway. Reread number 3.

8. You dishonor your elders and all the animal spirits and the mothers and grandmothers and all the trees and birds and, you know, the worms and bees and all the little living things, by cheaping out on soulless toxic frankenfood. (Seriously, this is the only seriousness in this entire post. Except for the dedication. I am serious about that. And this.)

9. John Prine is a fucking shaman and, although you hate to admit it, you know you aren’t shamanically qualified to pour his beer or light his cigarette.

“You get the Timothy Leary you deserve.”

BONUS! 11. You hackle and crackle and burn this post down.

The PA said, “You should really consider antidepressants.” I said, “No thanks, but would it be all right if I take the thin plastic gown bag as a souvenir?”

“We want you to know what may happen with your insurance benefits for today’s visit. Many insurance health plans will pay 100% for wellness/prevention visits. These visits only cover ways

to improve or maintain healthy habits.

Here’s my question: If I stuff my head in the bag and off myself in the doctor’s parking lot, will the bag still be 100% recyclable? 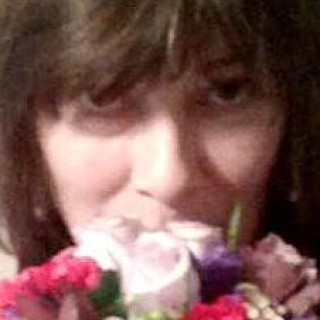